The Bible in the Qur’an

Today, many voices argue that the Holy Scriptures that the Christians have today are different from the Scriptures at the time of Muhammed 571-632 AD. By this, the yclaim that the Christian Scriptures are corrupted and distorted. Their argument is built on the teaching that God has given His prophet Moses the Torah, which is one book, and it is not the five first books of the Old Testament. Also, God has given Jesus One Book, the Injil, but today we see four Gospels and then the rest of the New Testament. Therefore, this is not what is mentioned in the Qur’an.

Someone wrote, “Nowhere within the text of the Bible is the Bible called ‘The Bible’.The word Bible itself was invented to represent a collection of books.” Other sin discussion argue, “The Qur’anic passages which testify to the Torah, and the Injil and the Psalms, do not refer to what Christians now call the Bible.” (Asadi, Islam & Christianity: Conflict or Conciliation?, p.2)

It seems that they forgot that the Qur’an is full of foreign terms and names that comes from Hebrew, Aramaic,Syriac and Greek origins, such as Tawrat, Furqan, Musa, Isa, Injil and so on. Also,they forgot that the Qur’an calls the Holy Scripture (Al-Kitab) the Book, and the believers in the Old Testament and the New Testament ( أهل الكتاب Ahl Al-Kitab) the People of the Book. To which Book is the Qur’an referring to? In fact, Isa Al-Masih (His peace be upon us) mentions this title many times in the Injil,

“Jesus performed many other signs in the presence of his disciples, which are not recorded in this book” (John 20:30).

“But God turned away from them and gave them over to the worship of the sun, moon and stars. This agrees with what is written in the book of the Prophets” (Acts 7:42)

Here I should explain what the word Bible means. The English word “Bible” is from the Greek word “Byblos” and the Latin “biblia” and both mean “books.” In time, “biblia”came to describe various writings, scrolls, books, and eventually the collection of the 66 books of the Old Testament and New Testament that make up the Holy Bible.

The Qur’an repeatedly speaks of the Book, the Bible; I will share some of the verses in the second Sura of the Qur’an Al-Baqara:

“And recall that We gave Moses the Scripture (Al-Kitab, the Book) and the Criterion(Al-Furqan), so that you may be guided.” (Q. 2: 53)

“We gave Moses the Scripture (Al-Kitab, the Book), and sent a succession of messengers after him. And We gave Jesus son of Mary the clear proofs, and We supported him with the Holy Spirit. Is it that whenever a messenger comes to you with anything your souls do not desire, you grew arrogant, calling some impostors,and killing others?” (Q. 2: 87).

“Those to whom We have given the Scripture (Al-Kitab,the Book) follow it, as it ought to be followed—these believe in it. But as for those who reject it—these are the losers.” (Q. 2: 121). 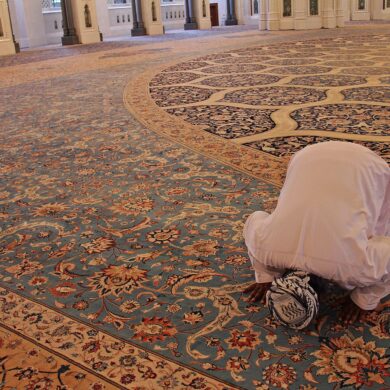