Ibn Hazm and the Corruption of the Holy Bible

If the Qur’an does not confirm the corruption of the Bible, so who and why this accusation started. Basically, most Muslims:

1. Do not know the history of this accusation.

2. Have never thought through the theological and historical implications of this accusation.

Ibn Hazm was the first Muslim to posit the Doctrine of Biblical Corruption in the 11th century AD.  Thus, for the first four centuries of Islamic history this doctrine did not exist. This is in keeping with a literal grammatical reading of the Quran which claims to be “a confirmation of what was before it and a detailed explanation of the [former] Scripture” (Yunus 10: 37)

However, Ibn Hazm noticed that the Quran does not live up to the standard which it proclaims:

“Ibn-Hazm saw the contradictions between the Qur’an and the Gospels. One obvious example being the Qur’anic text `They slew him not and they crucified him not’ Surah 4:156. `Since the Qur’an must be true,’ Ibn- Hazm argued, `it must be the conflicting Gospel texts that are false. But Muhammad tells us to respect the Gospel. Therefore, the present text must have been falsified by the Christians.’ His argument was not based on historical facts, but purely on his own reasoning and on his wish to safeguard the truth of the Qur’an.

Ibn Hazm argument was built on that nothing could stop him from pursuing this accusation, it seemed the easiest way to attack the opponents. `If we prove the falsehood of their books, they lose the arguments they take from them.’ (IBN HAZM, Kitab al-fasl fi’l-milah wa’l ahwa’l nihal)

This led to his skeptical statement `The Christians lost the revealed Gospel except for a few traces which Allah has left intact as argument against them.’

Later writers took up the same reasoning, enlarged it and embellished it. From then on it has become a fixed ingredient of Muslim apologetics.

The historical implications of this doctrine are huge. The Bible is by far the most well attested book of antiquity. The manuscript evidence is much stronger than any other ancient writing.

Muslim assertion regarding the textual corruption of the Holy Bible finds little support from the writings of the first Muslims. It is rather evident that the majority of the first Muslim polemicists (if not all of them) believed that the text of the previous scriptures, at least in the case of the Hebrew Bible, remained intact.

The obvious reason why some Muslims of the past such as Ibn Hazm (and many today) argued that the Scriptures have been corrupted is that the message of the Holy Bible is directly opposed to the claims of the Quran. In other words, the Holy Bible and the Quran contradict each other on key, fundamental issues showing that both cannot be correct. They may both be wrong, but they can’t both be from the same God. Hence, the dilemma for the Muslim is quite apparent since to accept the Holy Bible as the preserved Word of God is to reject both the Quran and Muhammad. But to attack the Holy Bible is to discredit the Quran and the earliest Muslim sources which confirm the authority, availability, and authenticity of the previous scriptures.

Ibn Hazm’s accusation of Biblical corruption makes no sense. It should be rejected by the honest Muslim. It was an attempt to answer the critical question: What is the real reason why the Qur’an and the Bible disagree on most major doctrines? 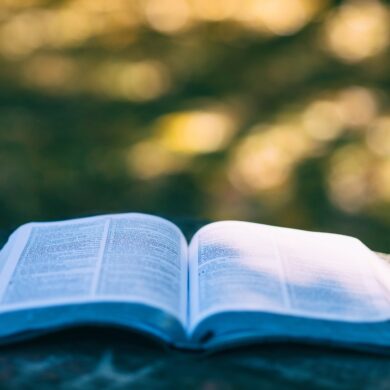