The Corruption (Tahrif) of the Previous Books

Is the Bible Corrupted or distorted?

Al-Hujurat 49:6 “Believers, if an unbeliever brings news to you, be clear, so that you do not afflict people in ignorance. In that case, you would regret your deed.”

Al-Anaam 6: 34 “There is no exchanging Allah’s words” “there is none that can alter the words (and decrees) of Allah”  “ولا مبدل لكلمات الله”

Al-Anaam 6: 115 “And the word of your Lord was fulfilled in truth and justice. There is no substituting his words, and he hears all and knows all”

Yunus 10: 64 “and there is no exchanging Allah’s words” “لَا تَبْدِيلَ لِكَلِمَاتِ اللَّهِ”

However, some believe that there have been additions and subtractions made to the Bible “the Word of God”.

Al-Hijr 15: 9 “We ourselves revealed the reminder, and we are its protectors.”

The Qur’an mentions the word Torah 18 times and confirms that it was The Word of God. The early Qur’an exegete Tabari referred to the Torah from the Jewish as “the Torah that they possess today”.

Al-Baqara 2:53 “We gave Musa the book and the criterion, so that you may be guided”

Al-Ahqaf 46: 12 “Before it the book of Musa {was} a leader and mercy. This is a confirming book in Arabic language, to warn the wicked and give good news to those who do good deeds.”

An-Nisa 4:163 “We inspired you (Muhammad) as we inspired Nuh and the prophets after him. We inspired… and to David We gave the Psalms”. The Qur’an stresses that the Psalms is inspired by God.

Al-Anbiya 21: 105 “We have written in the Zabour after the reminder (Al-Thikr الذكر) My righteous servants will inherit the earth”.

This is a direct quotation from Psalm 37:11 “But the meek shall inherit the earth, and shall delight themselves in the abundance of peace.”

The Qur’an mentions the word Injil (the Gospel) 12 times.

Al-Maeda 5: 68-69 “People of the book you have no foundation unless you uphold the Tawrah and Injil and what was revealed to you from your Lord … Truly believers, Jews, Sabeans, and Christians – whoever believes in Allah and in the last day and does righteous deeds shall have no fear, nor will they grieve.”

After all what the Qur’an says about the Bible … Who changed the Bible? When? Why? How? And Where?

Who is stronger God or human beings? For the Qu’ran says that the Torah, the Psalms, and the Gospel are from Allah and Allah’s words cannot be changed, exchanged, or substituted?

If Allah will allow the Tawrah, Zabor, and Injil to be changed and could not protect them, how would he protect the Qur’an? 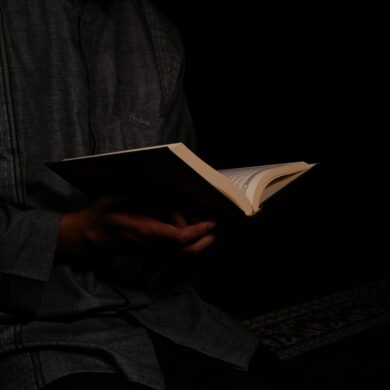