Lisan Al-Arab Defines Inspiration as a language by “the reference, writing, message, to inspire, and hidden words… and all that you delivered to others…”

But legally, there have been several definitions of revelation can be divided into two parts:

2 – Defined as an act of inspiration, and the way it used to be inspired.

The Qur’an prescribe three forms of Inspiration as mentioned in Surat Al- Shura 42: 51 “It is not fitting for a man that Allah should speak to him except by inspiration, or from behind a veil, or by the sending of a messenger to reveal, with Allah’s permission, what Allah wills: for He is Most High, Most Wise”.

1 – The first form of Inspiration or Revelation is the word of God to his Apostles by throwing the idea or breathe it in their hearts and minds, in other words, inspire them, which Al-Qurtubi and Ibn Kathir went to in their interpretation. Vision, as happened to Ibrahim Khalil Allah (Al-Safat 102), which was accepted by Abraham as a revelation from God.

2 – The second form is the word of God to His messengers from behind a veil, and the significance of this story of God talking to Moses, which he could hear the sound but does not see God. This form of revelation was used with Prophet Moses alone. Surah Al-Aaraf 143 Prophet Moses asked to look at God, but God told him that it is impossible.

3 – The third type of Inspiration or Revelation is that God sends a messenger to prophets as he pleases, the messenger here is an angel of God, this how the Prophet of Islam was inspired, which seems to inspiration by Spelling. God sends the messenger in an angelic form or in the form of a man who sees the Prophet, the angel Gabriel used to appear in the form of a man known by Sahabi Dahyah Al-Kalby. Or the angel will descend in an invisible way in form of a jingle bell severe.

The first form describes the biblical form of inspiration, inspiration through throwing the idea or breathe it in the hearts and minds of the prophets and apostles.  “All Scripture is God-breathed and is useful for teaching, rebuking, correcting and training in righteousness, so that the servant of God[a] may be thoroughly equipped for every good work.” (2 Timothy 3: 16-17). 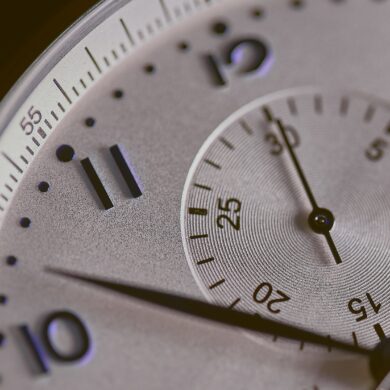