There Is Only One God

Belief in a God of three persons is one of the most demanding biblical teachings. Christianity is the only world religion that makes this claim. The doctrine of the Trinity is truly distinctive of the Christian faith, crucial because it deals with who God is, what He is like, and how He works. Christians believe the doctrine is necessary to do justice to the testimony of Scripture, the primary source of our knowledge of God. We must speak concerning God in the terms He uses. Biblical evidence has three facets: (a) there is one God; (b) three-in-oneness; and (c) three persons who are God.

Christianity emerged from the ancient Hebrews, who were rigorously monotheistic (and remain so today). Writers of the Old Testament address this, sometimes quoting God directly. The Decalogue begins with the divine statement: “I am the Lord your God, who brought you out of Egypt, out of the house of bondage. You shall have no other gods before Me” (Ex. 20:2, 3). Deuteronomy 6:4 contains the definitive monotheistic statement, initially insisted within a polytheistic world: “Hear, O Israel: the Lord our God, the Lord is one.”

The New Testament continues Old Testament sentiments, such as Paul  (1 Cor. 8:4) and James (James 2:19). What then caused these monotheistic Jews and Christians to declare belief in the three-personed Godhead? It was the biblical witness of three divine persons.

In Genesis 2:24 man and woman are to become one (’echad), a union of two separate entities. Significantly, the same word is used of God in Deuteronomy 6:4. Marriage and God’s nature are both described as a plural unity.

Peter names three divine persons at Pentecost: “Exalted to the right hand of God, and having received from the Father the promised Holy Spirit, He poured out this. . . . Let every one of you be baptized in the name of Jesus Christ . . . and you shall receive the . . . Holy Spirit” (Acts 2:33-38). 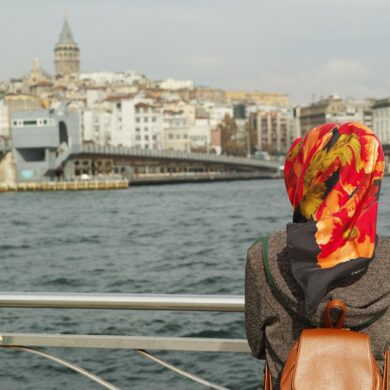