Kur’an’da İsa Mesih’e Atfedilen Sıfatlar
There are seventeen attributes in the Qur’an that have not been given to any person or prophet in any era except to Jesus Christ (His peace be upon us). These attributes are:

1 – Isa Al-Masih (His peace be upon us) was born of a virgin distinct from all human beings and all the prophets without exception. Mary said to the angel, “She said, ‘How can I have a son, when no man has touched me, and I was never unchaste?’” (Maryam 19:20).

3 – Isa Al-Masih (His peace be upon us) is the Only One who is called the Word of God, which means the right expression of the True God, the Word of God is Eternal: “…The Messiah, Jesus, the son of Mary, is the Messenger of God, and His Word that He conveyed to Mary …” (Nisa 4: 171 and Amran 3: 45).

4 – Isa Al-Masih (His peace be upon us) is the Only called the Spirit of God in the sense of emergence, so He did not need the birth of sexual intercourse like the rest of the people: “… The Messiah, Jesus, the son of Mary, is the Messenger of God, and His Word that He conveyed to Mary, and a Spirit from Him…” (Al-Nisa 4: 171).

5 – Isa Al-Masih (His peace be upon us) alone spoke in the cradle, “Say, ‘Whether you conceal what is in your hearts, or disclose it, God knows it.’ He knows everything in the heavens and the earth. God is Powerful over everything. On the Day when every soul finds all the good it has done presented. And as for the evil it has done, it will wish there were a great distance between them. God cautions you of Himself. God is Kind towards the servants.” (Maryam 19: 29-30). The Qur’an tells us that Christ did not need anyone to teach Him anything, not even speech, “And He will teach him the Scripture and wisdom, and the Tawrat and the Injil” (Al-Imran 3:48).

6 – Isa Al-Masih (His peace be upon us) alone is distinguished from all the prophets by being without sin. All the prophets’ sins are mentioned in the Qur’an, but not Christ’s. “The Angels said, “O Mary, God gives you good news of a Word from Him. His name is the Messiah, Jesus, son of Mary, well-esteemed in this world and the next, and one of the nearest.” (Al-Imran 3: 45).

7 – Isa Al-Masih (His peace be upon us) is the Only one who is blessed where He goes “and made me blessed where I was and recommended me to pray and Zakat as long as you alive” (Mary 19:31).

8 – Isa Al-Masih (His peace be upon us) alone is distinguished from all creation: “A messenger to the Children of Israel: ‘I have come to you with a sign from your Lord. I make for you out of clay the figure of a bird; then I breathe into it, and it becomes a bird by God’s leave’” (Al – Imran 3: 49).

9 – Isa Al-Masih (His peace be upon us) alone was able to do the miracles that could not be done by others: “And I heal the blind and the leprous” (Al-Imran 3: 49).

11 – Isa Al-Masih (His peace be upon us) alone knows the secrets of the unseen, “And I inform you concerning what you eat, and what you store in your homes. In that is a sign for you, if you are believers” (Al – Imran 3: 49).

12 – Isa Al-Masih (His peace be upon us) alone exchanged the responsibility of authority with God, “…And I was a witness over them while I was among them; but when You took me to Yourself, You became the Watcher over them—You are Witness over everything” (Table 5: 117).

13 – Isa Al-Masih (His peace be upon us) alone became a Sign to people and Mercy of God, “Thus said your Lord, `It is easy for Me, and We will make him a sign for humanity, and a mercy from Us. It is a matter already decided’” (Maryam 19:21).

14- Isa Al-Masih (His peace be upon us) alone prophesied of his death and resurrection from the dead: “So Peace is upon me the day I was born, and the day I die, and the Day I get resurrected alive” (Maryam 19:33).

15 – Isa Al-Masih (His peace be upon us) alone can give His followers a high position and confirmation of the Day of Resurrection: “God said, ‘O Jesus, I am terminating your life, and raising you to Me, and clearing you of those who disbelieve. And I will make those who follow you superior to those who disbelieve, until the Day of Resurrection. Then to Me is your return; then I will judge between you regarding what you were disputing’” (Al-Imran 3:55).

Mesih’in Anlamı
The term “Al-Masih”is used eleven times in the Qur’an in reference to Isa.  Many people simply understand this term to mean “anointed one”.  It comes from the Arabic root “msh” which means “to anoint”. In the Arabic language there is a different word for “anointed one” which is “mamsuh”.  Arabic words follow a specific pattern.  By adding vowels to the root word the grammatical structure and the meaning will be changed.  When we look at the grammatical structure of “masih”, it’s obvious that it means “most anointed” or “anointed to a high degree, to the point that this anointing is an inherent and permanent quality”.  There is a lot of similarity between Arabic and Hebrew languages, the word “Al-Masih”, the suffix   “al” in both languages makes a difference, it gives reference to “specific” Masih, “Al” refers to someone who is previously known, previously referred to or one in a class of his own.

The meaning of “Al-Masih” is significant when we recognize that Isa Al-Masih is the only one who was referred to in the Bible or the Qur’an as being “Al-Masih”. None of the other prophets are referred to by this title. It refers to the Anointed One (Al-Mamsuh).

Allah the Almighty promised King David that one of his descendants would be different from all other kings: “And it shall come to pass, when your days are ended that you must go to be with your fathers, that I will raise up your seed after you, who shall be of your sons; and I will establish his kingdom. He shall build me a house, and I will establish his throne forever. I will be his father, and he shall be my son: and I will not take my mercy away from him, as I took it from him that was before you: But I will settle him in my house and in my kingdom forever: and his throne shall be established for evermore” (Tawrat 1 Chronicles 17:11-14).

Nasıl bir kutsamadır bu? İsa Mesih neyle kutsanmıştı?
In the following verses will see what the Qur’an say about the identity of Isa Al-Masih.

Al-Nisa 4:171, “O People of the Scripture! Do not exaggerate in your religion, and do not say about Allah except the truth. Al-Masih, Isa, the son of Mariam, is the Messenger of Allah, and His Word that He conveyed to Mary, and a Spirit from Him. So believe in Allah and His messengers, and do not say, “Three.” Refrain—it is better for you. Allah is only one God. Glory be to Him—that He should have a son. To Him belongs everything in the heavens and the earth, and Allah is a sufficient Protector.”

Al-Baqara 2:87, “We gave Moses the Scripture, and sent a succession of messengers after him. And We gave Isa son of Mary the clear proofs, and We supported him with the Holy Spirit. Is it that whenever a messenger comes to you with anything your souls do not desire, you grew arrogant, calling some impostors, and killing others?”

Al-Maida 5:110, “When Allah will say, “O Isa son of Mary, recall My favor upon you and upon your mother, how I supported you with the Holy Spirit. You spoke to the people from the crib, and in maturity. How I taught you the Scripture and wisdom, and the Torah and the Gospel. And recall that you molded from clay the shape of a bird, by My leave, and then you breathed into it, and it became a bird, by My leave. And you healed the blind and the leprous, by My leave; and you revived the dead, by My leave. And recall that I restrained the Children of Israel from you when you brought them the clear miracles. But those who disbelieved among them said, `This is nothing but obvious sorcery.’“

In order to understand the meaning of the Spirit, there is a need look at the books that came first, for the Qur’an advices, “If you are in doubt about what We revealed to you, ask those who read the Scripture before you. The truth has come to you from your Lord, so do not be of those who doubt.” (Yunus 10:94).

The Holy Injil describes how the angel Jibra`el spoke to Miriam, “The Holy Spirit will come upon you, and the power of the Most High will overshadow you. So the holy one to be born will be called the Son of God.” (Luke 1:35)

These Qur’anic verses state clearly that Isa was more than a prophet, if we looked carefully that His anointment with the Spirit is really equal to Him been supported and empowered by the Spirit. It is important to clear some misunderstandings, for some Muslims say “Spirit” refers to the breath of life that each person has (Qur’an 15:29; 32:9; 38:73), nor refers to Jibra`el (Qur’an 16:102).

Let’s us take a close look at what the Qur’an says in Al-Maida 5:110 concerning the strengthening or supporting with the Holy Spirit, this anointing of the Holy Spirit caused Al-Masih to do many miracles, “You spoke to the people from the crib, and in maturity. How I taught you the Scripture and wisdom, and the Torah and the Gospel. And recall that you molded from clay the shape of a bird, by My leave, and then you breathed into it, and it became a bird, by My leave. And you healed the blind and the leprous, by My leave; and you revived the dead, by My leave.”

Al-Masih proclaimed the beginning of His ministry, “The Spirit of God is upon me, because he has anointed me to preach good news to the poor. He has sent me to proclaim freedom for the prisoners and recovery of sight for the blind, to release the oppressed, to proclaim the year of the Lord’s favor.” (Injil Luke 4:18-19)

Isa Al-Masih was anointed with the Spirit of God like no other man. If “Spirit of God” means the physical breath of life, as some Muslims teach, then any ordinary man should be able to do miracles.

The words used in Arabic to describe him are ghulaaman-zakiyyan, “a most-holy boy.” The word zakiyya, meaning “blameless,” appears only twice in the Quran. The other occasion is in the story about Moses in which he met a young man who is described as being innocent. But in this case, the word was only referring to the young man’s innocence of any crime deserving of death, but in Isa’s case, the angel was describing his whole personality and character before he was even born. “Faultless” or “blameless” clearly means without sin. So the Quran confirms the biblical teaching that Jesus was the only sinless person who ever lived as the Quran nowhere describes anyone else in this way. On the contrary, the Quran acknowledges the sins of the other prophets and specifically refers to the sins of Adam (Sura 7:23), Abraham (26:82), Moses (28:16), Johan (37:142), and Muhammad (47:19, 48:2). In the case of Muhammad the Quran expressly commands him to ask forgiveness (wastaghfir) of his sins (dhanbika). The words used are employed throughout the Quran in the same context and there can be no doubt about their meaning, despite the subtle attempts of many Muslim commentators to reduce them to less imposing terms (such as to ask for “protection” from his “shortcomings”). 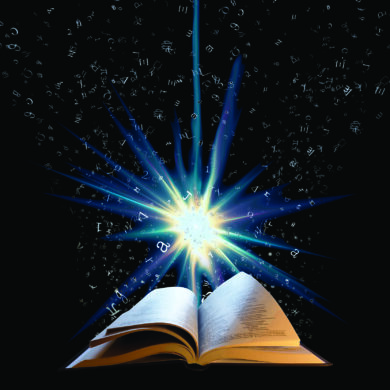