The Uniqueness of the Bible

The Bible composed of 66 books and written over 1,500 years on three continents (Asia, Africa, and Europe) by more than forty authors, the Bible is unique. There is no other book, sacred or religious, like it. And no wonder. After all, it is the Word of God.

There are more than 24,600 extant New Testament manuscripts from the first four centuries after Al-Masih. Of Plato’s original manuscripts, there are seven, Herodotus eight, and Homer’s Iliad slightly more with 263 surviving copies. Hence, we have powerful confirming evidence of the integrity of the New Testament text.

The Bible was the first book known to be translated, the first book in the West published on the printing press, and the first book to be so widely distributed in so many languages that it can be read by 95 percent of the earth’s population today.

The Bible also is unique in its content and message, which focuses on God’s redemptive acts in history. That history is intertwined with prophecy, as it foretells the future of God’s plans and His eternal kingdom.

Isa Al-Masih is the focus and aim of all Scripture. His coming in the flesh as the Messiah was a fulfillment of the Old Testament promises. Because He lived, died, and lives again, we have not only the Scriptures confirmed but, even better, the great promise of eternal life in a whole new existence.

The Bible is unique among other known religious works because up to 30 percent of its content comprises of prophecies and prophetic literature. The integration of prophecy and its fulfillment in time is central to the biblical worldview, for the God who acts in history also knows the future and has revealed it to His prophets (Amos 3:7). The Bible is not only the living Word, or the historical Word—it is the prophetic Word.

There are at least 65 direct, Messianic predictions in the Old Testament, many more if we add typology, as well (typology is the study of how Old Testament rituals, such as the sacrifices, were mini-prophecies of Isa Al-Masih). These prophecies relate to such specific details as “the sceptre shall not depart from Judah” (Genesis 49:10); that He would be born in Bethlehem in Judah (Micah 5:2); that He would be “despised and rejected of men”; beaten, falsely accused, yet not open His mouth to defend Himself (Isaiah 53:3–7); that His hands and feet would be pierced; and that they would divide His clothes among them (Psalms 22:12–18).

The fact that these prophecies of the Old Testament were fulfilled with such precision in the life, death, and resurrection of Jesus testifies to their divine inspiration and revelation. It also indicates that Jesus was who He claimed and others claimed Him to be. Jesus followed the prophets of old in predicting His death and resurrection (Luke 9:21, 22; Matthew 17:22, 23), the fall of Jerusalem (Matthew 24:1, 2), and His second coming (John 14:1–3). Thus, the Incarnation, death, and Resurrection are predicted by the Bible, and their fulfillment ensures its reliability.

Why don’t you read the Bible and see for yourself? 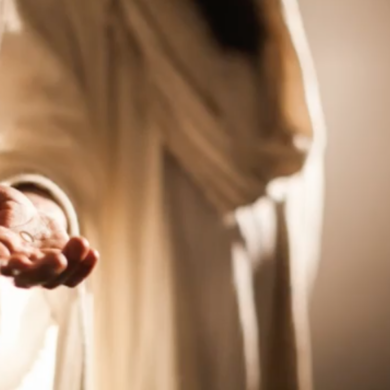