No Change in His Words

Can the words of God be changed, corrupted or distorted? Let us hear what the Qur’an says:

“And recite, [O Muhammad], what has been revealed to you of the Book of your Lord. There is no changer of His words” (Al-Kahf 18:27). The word that is used to refer to the book refers to the Qur’an, but the word (for His Words) refers to the heavenly books and includes the Bible because it is the Word of God, and accordingly to this there is no substitute for the words of the Bible Al-Baydawi  in his interpretation says: “No changer of his words, no one can change or distort it other than Him” .

“For them are good tidings in the worldly life and in the Hereafter. No change is there in the words of Allah . That is what is the great attainment.” (Yunus 10: 64) Al-Baydawi said: “No change is made to His words, and no difference is made to his promises.”

“And certainly were messengers denied before you, but they were patient over [the effects of] denial, and they were harmed until Our victory came to them. And none can alter the words of Allah . And there has certainly come to you some information about the [previous] messengers.” (Al-An’am 6:34) Again in verse 115, “And the word of your Lord has been fulfilled in truth and in justice. None can alter His words, and He is the Hearing, the Knowing.” In Al-Baydawi interpretation of the last verse, it is mentioned that the Bible is distorted, but does not mean the distortion that the general Muslims say and we will address this later.

Whoever claims that the Bible is distorted in its texts today, since it was not true in the time of Muhammad is coming up with a false accusation and goes contrary to the explicit verses of the Qur’an that bear witness that the right does not come falsehood from his hands or behind him, because one of the most important purposes of the Qur’an that it came to certifies and preserves the Bible. How come that the Qur’an can testify that the Bible is true and inspired by God and guidance to the people, and then returns to  claim that it was changed and lost its credibility, because if this is true the Qur’an has contradicted itself.

It was stated in Mishkat Al-Masbih that Omar said: “Allah sent Muhammad with truth and revealed the book to him, so God revealed the verse of stoning. The Messenger of Allah did it and we stoned after him. Stoning in the Book of Allah decried on the one who committed adultery if he is immune from men and women. If the evidence or pregnancy or a confession.” Agreed upon from the first chapter of the Book of Borders, but when Zaid bin Thabit collected the Qur’an deleted this verse so as not to say that Omar increased the Qur’an.” These are dangerous words, if Omar ratified in what he narrated the distortion of speech on its positions as mentioned in the Qur’an in Surat Al-Maida 5:45 is a fact in the Qur’an, not in the Torah?

It is impossible, given the fact that to believe in the Qur’an, and to claim that the Bible is correct, and “not a substitute for the words of God.” 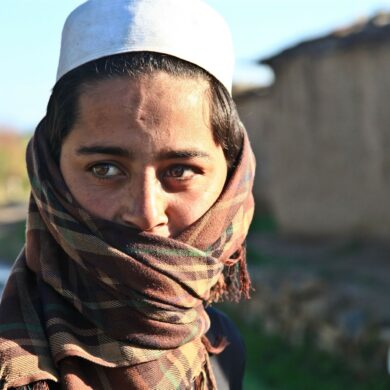