The Qur’an says, “For them are good tidings in the worldly life and in the Hereafter. No change is there in the words of Allah. That is what is the great attainment.” (Yunus 10: 64)

In his book about dream interpretations Ibn Qutaybah Al-Dinawari says, “There is nothing in which people deal with from the different sciences that is more obscure, delicate, exalted, noble, difficult and problematic than dreams because they are a type of revelation and type of Prophethood.”

There are 3 types of dreams: Imam AL-Tirmidhi narrates from Muhammad Ibn Sirin who narrates from Abu Hurairah that Prophet said, “There are three types of dreams: 1) True Dreams 2) A dream in which a person is speaking to himself (i.e. whatever you were thinking about in the day time, you see at night) 3) A dream from Satan (Shaytaan) in which he wants to make you sad”.

Within dreams that come from Allah, there are two categories. Ibn Battal said, “Dreams are of two types: a clear evident dream like somebody would dream about himself giving dates to someone and during the day time he would give somebody dates. This type of dream does not need any interpretation. Secondly, a dream that comes in symbols and this type you would understand its meaning unless you get it interpreted by a person who has knowledge and experience dream interpretation because sometimes the symbols are very delicate and sophisticated.”

Even we see a clear direction in the Hadith of sharing a good dream with others, but bad dreams should not be shared, Abu Sa‘id Al-Khudri reported: The Prophet said, “If anyone of you sees a dream that he likes, then it is from Allah, and he should thank Allah for it and narrate it to others; but if he sees something else, i.e., a dream that he dislikes, then it is from Satan, and he should seek refuge with Allah from its evil, and he should not mention it to anybody, for it will not harm him.” [Sahih Muslim]

Ibn Abi Jamrah says,” The reason why the believer sees true dreams at the time is because the believer will be ghareeb (stranger) as was mentioned in the hadith, ‘Islam began as something strange and it will return to the way it began being strange’ so give glad tidings to the strangers.”

Therefore, Allah is speaking today through dreams and visions for we are living in the end of times, and the whole world is going through difficult times.

We read in the Tawrat, “And it shall come to pass afterward that I will pour out My Spirit on all flesh; your sons and your daughters shall prophesy, your old men shall dream dreams, your young men shall see visions” (Tawrat, Joel 2:28).

So, if you have a dream from God don’t be afraid sharing it with us. 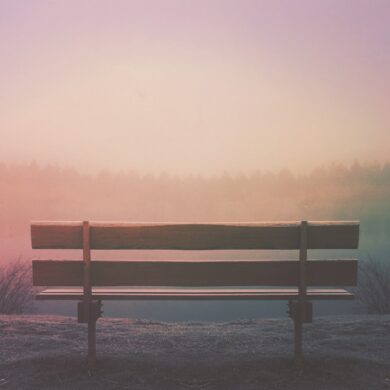