Adultery the Only Reason for Divorce. A woman may be legally divorced from her husband by the laws of the land and yet not divorced in the sight of God and according to the higher law. There is only one sin, which is adultery, which can place the husband or wife in a position where they can be free from the marriage vow in the sight of God. Although the laws of the land may grant a divorce, yet they are husband and wife still in the Bible light, according to the laws of God.

God hates divorce, “There are six things the LORD hates, seven that are detestable to him: haughty eyes, a lying tongue, hands that shed innocent blood, a heart that devises wicked schemes, feet that are quick to rush into evil, a false witness who pours out lies and a person who stirs up conflict in the community” (Proverbs 6:16-19).
He had declared that man and woman should be united forever, this was His eternal plan for couples.

Is Divorce Right?
“Haven’t you read that at the beginning the Creator ‘made them male and female,’ and said, “For this reason a man will leave his father and mother and be united to his wife, and the two will become one flesh?” So they are no longer two but one. Therefore what God has joined together, let man not separate” (Matthew 19:4-6).

God’s will is to preserve societies and future generations by preserving of marriages. God is encouraging couples to sustain marriage relationship, for this is His plan for marriage from creation. When sin entered the world this relationship was effected by it.

But let us face the fact today, no married couple lives without experiencing friction or misunderstanding in marriage, but divorce is not the solution. God made marriage in the beginning as a bond between man and wife, it is an eternal covenant, that should not be broken till death. The Bible teaches that husband and wife become “one flesh” and they are “joined together.” The Bible teaches, “Since God made marriage, let no man break it”. 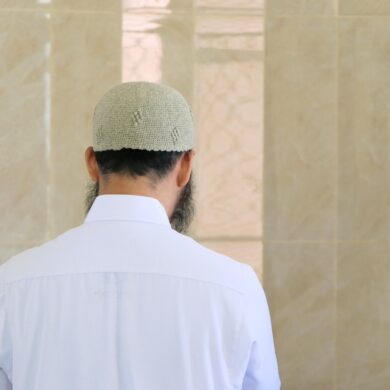