Is a Vision of Allah Permissible in a Dream?

Many Islamic scholars have said that it is impossible to receive a vision of God in this world while awake, based on the story of the prophet Moses. “And when Moses arrived at Our appointed time and his Lord spoke to him, he said, ‘My Lord, show me [Yourself] that I may look at You.’ [Allah] said, ‘You will not see Me, but look at the mountain; if it should remain in place, then you will see Me.’ But when his Lord appeared to the mountain, He rendered it level, and Moses fell unconscious. And when he awoke, he said, ‘Exalted are You! I have repented to You, and I am the first of the believers’” (Al-Aaraf 7:143).

If the glory of Allah Almighty had been revealed, and that light which He had between Him and us had not been veiled, creation would be burned with His great light. For this reason it was said that God cannot be seen while a person is a wake. But God’s vision is permissible in a dream, and this is what Imam Ahmad approved.

That is why God withheld himself from the Prophet Moses and us, too. God can appear to human beings from behind a veil. If God had revealed His light, glory and greatness, the earth and all its creatures would be burnt.

If God wanted to show himself how will He show himself, it is imperative that the light shows through a vase or an object, The Qur’an says, “Allah is the Light of the heavens and the earth. The example of His light is like a niche within which is a lamp, the lamp is within glass, the glass as if it were a pearly [white] star lit from [the oil of] a blessed olive tree, neither of the east nor of the west, whose oil would almost glow even if untouched by fire. Light upon light. Allah guides to His light whom He wills. And Allah presents examples for the people, and Allah is Knowing of all things” (Al-Noor 24:35). This verse clearly indicates that Allah has hidden His light in a glass lamp to illuminate this universe with his knowledge, and God has set this example for us to show us how He can show Himself to all of humanity.

Also, the Qur’an refers to seeing Allah on the Day of Resurrection: “And leave the Hereafter. [Some] faces, that Day, will be radiant, looking at their Lord” (Al-Qiyama 75:21-23), in the sense of looking with your own eye. Also, the hadith says, “Jarir bin ‘Abdullah (May Allah be pleased with him) reported: We were sitting with the Messenger of Allah when he looked at the full moon and observed, ‘You shall see your Rabb (Lord) in the Hereafter as you are seeing this moon; and you will not feel the slightest inconvenience in seeing Him’” (Sahih Bukhari and Sahih Muslim). 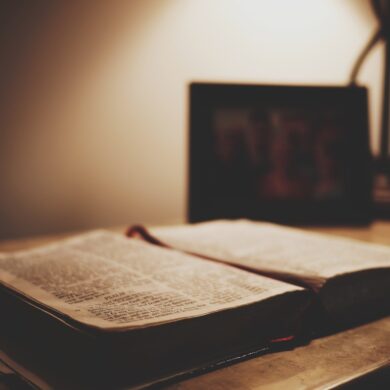