My name is Zainab. I was born in Iran. While I was still young, my parents fled to another country. When I was seven years old, I had a dream.

I dreamed that I was standing on a narrow pedestrian path on one side of a wide road. Standing a few feet in front of me was Jesus. He turned around and asked, “Do you want to follow me?”

Asking again, He said, “Are you sure you want to follow me?”

He turned around and started walking. I followed behind Him, and we walked for several hours. Though it felt like a very long walk, I did not get tired, and neither did He.

Out of nowhere, two or three shops appear on the other side of the road with people passing out all sorts of free and luxurious items. The shops and the objects which filled them were very shiny, glittery and sparkling. Huge crowds went in and out of these shops. The people seemed very happy. I suddenly had an urge to take part and get these things for myself, too.

I began to argue with myself about whether I should go and get these things or not. I told myself that if I went, Jesus wouldn’t even know because He was walking in front of me, and He would not find out. I could hurry and collect the things, then come back and continue following him. Right after the voice in my head said this, I felt ashamed of myself and told the voice to stop. I said to my heart, No! I will only follow Jesus and will not go towards those shops.

It was as if Jesus knew everything in my head and thoughts. As soon as I decided to only follow Him, He stopped—as if He was listening to the conversation in my head and heart. I stopped, too. He started levitating in the air. When He was a couple of feet in the air, He turned around and stretched His arm towards me. I walked towards Him, grabbed His hand, and started rising.

We kept ascending into the sky and clouds until we reached what I felt certain was Heaven. It was vast. On one side were many angels singing in a majestic voice a song of worship, praising God. There were so many angels that I don’t know whether to say millions or billions or more! Their voices were unlike anything I had ever heard. I wanted to be one of them and join in singing songs of worship.

On one side, I saw what looked like a castle or a church or a temple. I do not know which to call it because it looked like all three. Everything was made of gold. As I looked at it, I said to Jesus, “This is beautiful!”

“Do you want to look inside?” He asked.

“Yes!” I exclaimed excitedly, eager to see what was inside.

As soon as we approached the building, gigantic and beautiful gold doors opened on their own. Inside were many gold treasure chests overflowing with gold, gems and jewelry.

My eyes pass from the chests to the splendid architecture and the radiant light cascading through the windows, reflecting harmoniously onto the gold. It appeared as if this holy structure was either one with the light or made of the light. I turned around, saying to Jesus as He stood in the middle of the two doors, “It’s so beautiful!”

He responded with a smile that felt like He used it to hug me. His smile made me feel love and peace that I have never felt before and will never forget. Whenever I think of it, I want that moment to pause and never pass.

I feel that Jesus had multiple reasons for showing me this dream, including sharing it with others, blessing them. I trust that through this testimony, God will be able to work in the hearts of many, bringing glory to Himself as He saves His people. 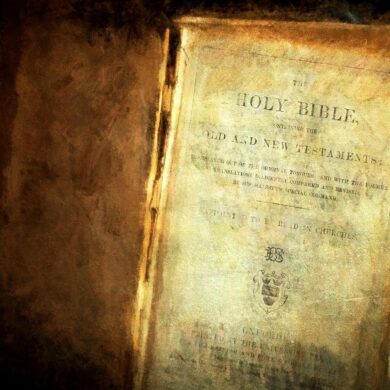