Prophet Daniel is one of Allah’s Prophets. He is not mentioned in the Qur’an, but we can read of him in the Hadeeth and the Islamic tradition. We can find His full story in the Tawrat.

Dreams are a way that Allah uses to reveal His plans and prophecies. But it takes study and prayer to know how to interpret them. The prophet Daniel is an example of this. He received visions and also interpreted dreams about things that would happen to his people, about future kingdoms and even about the coming of the Day of Judgment.

One night, Nebuchadnezzar, king of the Babylonian Empire, had a dream that disturbed him deeply, to the point that he could no longer sleep and even forgot the dream afterwards : “In the second year of the reign of Nebuchadnezzar, Nebuchadnezzar had dreams; his spirit dele was troubled, and his sleep left him.” –  Daniel 2:1. However, he knew that it was an important message and he asked for the wise men and advisers of the royal court to reveal the dream and its meaning: “Then the king commanded that the magicians, the enchanters, the sorcerers, and the Chaldeans be summoned to tell the king his dreams. So they came in and stood before the king. And the king said to them, “I had a dream, and my spirit is troubled to know the dream.” – Daniel 2:2-3. However, none of them could reveal the king’s dream, and the king, enraged, decided to kill all the wise men in the court of Babylon. However, among them was young Daniel, who was a faithful servant of Allah and had been taken captive to Babylon. The young prophet, after understanding what had happened, asked for time before the king to try to help him and free everyone from the death decree : “And Daniel went in and requested the king to appoint him a time that he might show the interpretation to the king.” – Daniel 2:16.

Daniel dedicated himself in prayer asking for the mercy and wisdom of Allah, and then one night the dream was revealed to him: “Then the mystery was revealed to Daniel in a vision of the night. Then Daniel blessed the God of heaven.” – Daniel 2:19. He gave all honor to Allah, for he knew that it is only by Him and His Word that dreams can be interpreted. Then Daniel presented himself before King Nebuchadnezzar, and confidently revealed the mystery of the dream: “You saw, O king, and behold, a great image. This image, mighty and of exceeding brightness, stood before you, and its appearance was frightening.” – Daniel 2:31. When Daniel began to tell the dream to Nebuchadnezzar, he immediately remembered the dream he had had and forgot about it. Daniel continued and described the dream statue: “The head of this image was of fine gold, its chest and arms of silver, its middle and thighs of bronze, its legs of iron, its feet partly of iron and partly of clay. As you looked, a stone was cut out by no human hand, and it struck the image on its feet of iron and clay, and broke them in pieces. Then the iron, the clay, the bronze, the silver, and the gold, all together were broken in pieces, and became like the chaff of the summer threshing floors; and the wind carried them away, so that not a trace of them could be found. But the stone that struck the image became a great mountain and filled the whole earth. “This was the dream. Now we will tell the king its interpretation of it.” – Daniel 2:32-36.

After describing the dream, he also told the king the meaning: “You, O king, the king of kings, to whom the God of heaven has given the kingdom, the power, and the might, and the glory, and into whose hand he has given, wherever they dwell, the children of man, the beasts of the field, and the birds of the heavens, making you rule over them all—you are the head of gold. Another kingdom inferior to you shall arise after you, and yet a third kingdom of bronze, which shall rule over all the earth. And there shall be a fourth kingdom, strong as iron, because iron breaks to pieces and shatters all things. And like iron that crushes, it shall break and crush all these. And as you saw the feet and toes, partly of potter’s clay and partly of iron, it shall be a divided kingdom, but some of the firmness of iron shall be in it, just as you saw iron mixed with the soft clay. And as the toes of the feet were partly iron and partly clay, so the kingdom shall be partly strong and partly brittle. As you saw the iron mixed with soft clay, so they will mix with one another in marriage, but they will not hold together, just as iron does not mix with clay. And in the days of those kings the God of heaven will set up a kingdom that shall never be destroyed, nor shall the kingdom be left to another people. It shall break in pieces all these kingdoms and bring them to an end, and it shall stand forever, just as you saw that a stone was cut from a mountain by no human hand, and that it broke in pieces the iron, the bronze, the clay, the silver, and the gold. A great God has made known to the king what shall be after this. The dream is certain, and its interpretation sure.” – Daniel 2:37-45.

In this explanation, we see that Daniel showed the king what Allah had revealed, to let him know that his kingdom would pass away and another kingdom would come, inferior to his, and successively other kingdoms represented by different parts of the statue. The facts of History show that sixty years after Nebuchadnezzar’s dream, Babylon fell into the power of the “Medo-Persian” kingdom (539-331 BC). Then the kingdom that succeeded the Medo-Persian Empire was the kingdom of Greece (331-168 BC), then came the kingdom of Rome (168 BC to 476 AD) until the Roman Empire was divided into several other nations (clay and iron, kingdoms of Europe).

We learn many important lessons from this dream: 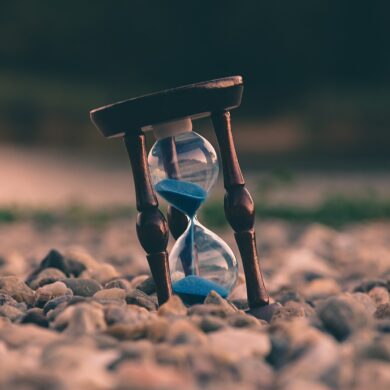