My name is Fatima, and I am 21 years old. I grew up in Jerusalem in an educated family that values Islam and perform its obligatory duties, such as praying and fasting. I practiced my religion fanatically, refusing even to speak with non-Muslims.

After graduating from high school at age 18, I was excited as I began attending university. One day when I was at work, someone told me about his dream of Isa Al-Masih and that he had converted form Islam to Christianity. I scoffed at him. He was carrying Bible verses printed on paper, so I grabbed them and tore them into pieces. I hated Christians because I believed they had distorted the Bible and that they believed in three gods.

I was keen to perform the five duties of Islam and also to do the Qiyam al Layl prayer, which begins after midnight until the time for Fajr (morning) prayers. In this special prayer time, Muslims believe that God comes down and listens to us.

One night in Qiyam al Layl prayer, I asked God, “Who are You? Who is Isa Al-Masih?” That night, I dreamed that God told me to go and ask a Christian pastor about Isa. Later that morning I found a minister and asked him, “Who Isa Al-Masih?”

“He is the Son of God,” he replied. “He is the incarnated God, the bearer of the sins of the world, and He died for us.”

I returned home with my mind in turmoil. I told myself that it had just been a dream, and it was impossible to change my faith and beliefs for just a dream.

That night in Qiyam al Layl prayer, I asked God to tell me who Isa is. Again, that night He sent me a dream. In the dream, I saw myself praying in a Christian church in the name of Isa. Again, when I woke up, I told myself that it was just a dream.

The third night, I asked God the same request: “Who are you, Lord?” And he sent me a third dream. I saw Isa Al-Masih standing in the sky, extending his hands to me. He shone with light so bright that his face illuminated the entire sky. I woke up and cried, my body trembling with awe and wonder. My family asked what had disturbed me. I just told them I’d had a dream, but I didn’t tell them any details about it.

I began to pray in the name of Isa Al-Masih, and miracles happened to me. Often when I spoke His name, I could not hold back my tears. His name brought me such peace.
I was amazed and fearful when a cross appeared on the side of my bed one night. Then another the next night, and a third the following night. I went to the Christian minister and told him what had happened to me. I started praying with a Christian community. Isa Al-Masih assured me that He had been crucified and died for me.

I remember very well when I first uttered the name of the Father, the Son and the Holy Spirit, something strange happened. Colors appeared on my mouth and then disappeared. Afraid, I called the minister. We prayed and recited the Psalms of David, which made me feel the power of the Lord, and my fear went away “because perfect love casts out fear.”

The Lord spoke to me directly, and many of the things that happened to me are difficult for anyone to believe. Since then, I have been praying in His name and living with His grace and mercy. I worship Him with all my heart. I worship Him because I love Him, and not out of fear. I keep His commandments and abide by them. I grow spiritually in my reading of the Bible, and this leads me to better see who my Lord is and to deeply understand His word. I became a special girl, called to be the daughter of the Lord.

After my experience, I heard news from my brother that his friend had become a Christian and that Christ appeared to him in a dream and asked him to follow Him. Christ also appeared to my close friend in a dream, and I am still praying that she will give her heart to Him. I also pray for my family, that God will touch them with His unlimited ability and miracles. He still speaks today through visions and dreams.

I do not deny that I was arrogant and hard-hearted, but I am now faithful to Isa Al-Masih and following Him. He has taught me humility and to love others and pray for them. He chose me to follow Him and experience His salvation. He saved me because He loves me. How great is His sacrificial love! The God of Jacob, Isaac and Abraham, He is our merciful God who sent His Son for us and also the Holy Spirit who guides us.

I pray for Muslims and pray for my family to know “the way, truth and life.” I want to live and die for Him, repeating His Holy name everywhere I go. His word rises above the words of all human beings. With His angels we can trust and rely on the one God in three persons who is always seeking salvation for you and me by His will. 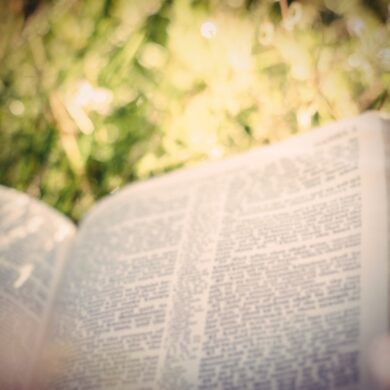