Jacob was running away from his brother after being dishonest with him, and he felt lonely and hopeless, but Allah gave him a dream so that he would have a spiritual revival and begin to have a true relationship with Allah, to be faithful to His words and understand that Allah’s blessing and protection would be with him:

“Jacob left Beersheba and went toward Haran. And he came to a certain place and stayed there that night, because the sun had set. Taking one of the stones of the place, he put it under his head and lay down in that place to sleep. And he dreamed, and behold, there was a ladder set up on the earth, and the top of it reached to heaven. And behold, the angels of God were ascending and descending on it! And behold, the Lord stood above it and said (…) I am with you and will keep you wherever you go, and will bring you back to this land. For I will not leave you until I have done what I have promised you.” Then Jacob awoke from his sleep and said, “Surely the Lord is in this place, and I did not know it.” – Taurat, Genesis 28:10-16.

After that, Jacob worshiped God in that place and began to have a close and personal fellowship with Him.

Years later, Jacob was led by God to the lands of Laban and worked for him for many years, and also married his daughters. He was prosperous in everything he did and the blessing of Allah was upon him. However, at one point his father-in-law tried to trick him: “So Jacob sent and called Rachel and Leah into the field where his flock was and said to them, “I see that your father does not regard me with favor as he did before . But the God of my father has been with me. You know that I have served your father with all my strength, yet your father has cheated me and changed my wages ten times. But God did not allow him to harm me.” – Taurat, Genesis 31:4-7. And then Allah gave Jacob another dream: “In the breeding season of the flock I lifted up my eyes and saw in a dream that the goats that mated with the flock were striped, spotted, and mottled. Then the angel of God said to me in the dream, ‘Jacob,’ and I said, ‘Here I am!’ And he said, ‘Lift up your eyes and see, all the goats that mate with the flock are striped, spotted, and mottled, for I have seen all that Laban is doing to you. I am the God of Bethel, where you anointed a pillar and made a vow to me. Now arise, go out from this land and return to the land of your kindred.’” – Taurat, Genesis 31:10-13. With this dream Allah showed Jacob that He was directing his life and providing for him in all his needs.

One more time we can see that Allah can use dreams to guide and to show His will and truth to those who search for Him. 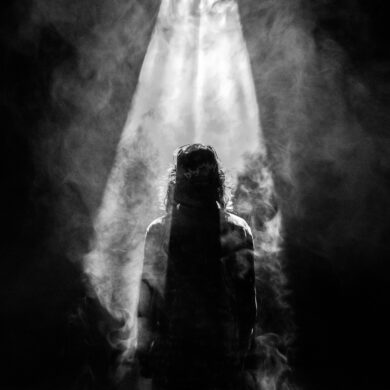